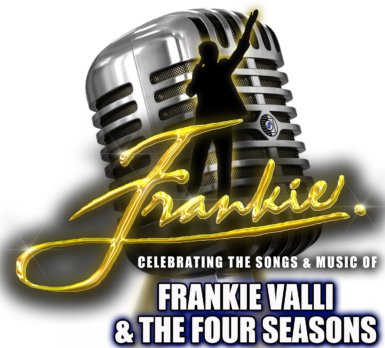 Frankie The Concert is a Frankie Valli and the Four Seasons Theatre Show with a difference. The attention to detail is astonishing and replicates the legendary Hall-Of-Famers to perfection.

That famous Frankie-falsetto, accompanied with slick harmonies, are performed with respect and love for the music that dominated two decades. With this in mind, no wonder die-hard Four Seasons fans are singing the praises of this magnificent theatre show. Simply put, this is authenticity fulfilling its potential.

Frankie The Concert features a spectacular band, including live brass. The producers of this show are huge fans of The Four Seasons too. As a result, this show is unique and accurate, bringing Frankie Valli’s music back to life with genuine live arrangements and a few surprises along the way.

The first half of this Frankie Valli and the Four Seasons theatre show celebrates the sixties golden years. Performing hit singles such as:

Sherry
Big Girls Don’t Cry
Walk Like A Man
Earth Angel
Working My Way Back To You
Ragdoll
and Dawn (Go Away).

In the second half, we celebrate the resurgence of The Four Seasons in the seventies:

With the utmost respect to the West End musical, which focuses on the rise to fame of Frankie Valli and The Four Seasons, Frankie The Concert recreates – with accuracy – The Seasons live concert experience. It celebrates the very best versions of the hits everybody knows and loves and takes them to a level only rivalled by the original artist. So hardly surprising that the most common feedback we receive is, “This is as good as it gets.”

In conclusion, if there is no way to see the real thing, come and see Frankie The Concert! And if there is, see it anyway.

Get your tickets here.

You can find out more about which cookies we are using or switch them off in settings.

This website uses cookies so that we can provide you with the best user experience possible. Cookie information is stored in your browser and performs functions such as recognising you when you return to our website and helping our team to understand which sections of the website you find most interesting and useful.

Strictly Necessary Cookie should be enabled at all times so that we can save your preferences for cookie settings.

If you disable this cookie, we will not be able to save your preferences. This means that every time you visit this website you will need to enable or disable cookies again.